Britain’s biggest banks are to be put through the toughest ever set of stress tests after the Bank of England said that it would make an additional assessment of banks’ business models alongside its usual health checks. 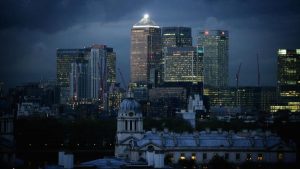 The Bank has conducted an annual set of tests of the UK’s seven largest lenders since 2014 to see how they would cope with a sudden and severe shock to the economy. It was suggested by the Bank’s financial policy committee in March 2013 to ensure that the banking system has sufficient capital to absorb losses and maintain the normal flow of credit to its customers in times of severe financial stress. The idea was to avoid the havoc caused when Lehman Brothers in the US collapsed in 2008.

This year the central bank will make an extra assessment of the seven lenders, including HSBC, Lloyds Banking Group, Barclays and Royal Bank of Scotland, to see how they would deal with a persistent drag on profitability over a seven-year period. The new test, which will be conducted every other year, will assess how resilient lenders are against a set of persistent headwinds.

This year’s test will include a scenario in which global trade stagnates, the interest rate is cut to zero and stays so for the next five years, growth in the UK and abroad remains low, and the biggest banks face increased competition from smaller competitors.

“No other central bank or supervisor has done anything like the exploratory scenario before,” David Strachan, head of regulatory strategy at the accountant Deloitte said. “It is uncharted waters for both the Bank of England and banks.”

The additional test comes as the profitability of the UK’s biggest banks has recovered, having been in decline since the financial crisis. This weakness has been partly due to one-off fines that some lenders have faced and restructuring costs but the Bank of England wants to know what would happen if difficulties with profitability were to persist or intensify.

The Bank has said it would not reveal the results of the extra test on a bank-to-bank basis to allow the lenders to be more open about their plans. It has said that lenders could be as innovative as they liked in their responses but has insisted that it would retain a sceptical assessment of how plausible some of their radical business ideas were.

The Bank wants to know how lenders would build business models that deal with such issues and, in turn, what those models would mean for the economy. This would help policymakers to anticipate future developments in the financial system, the Bank claimed.

The exploratory test comes alongside the annual stress test of the UK’s biggest banks to determine how they would deal with a severe economic shock lasting for four years. This year’s will ask how banks would manage if the UK’s economic growth contracted by 4.7 per cent, unemployment rose from its current rate of 4.7 per cent to 9.5 per cent, the pound fell a further 30 per cent against the dollar, inflation rose to 5 per cent by the end of 2018 and house prices dropped by 33 per cent.

This is broadly the same as last year but the Bank has increased the severity of international risks, believing that this has become more of an issue over the past year. The test examines how banks would cope if China’s GDP fell to -1.2 per cent at the end of 2017 and the world’s economy contracted by 2.4 per cent this year.

RBS failed last year’s stress test and had to take steps to bolster its capital, meaning that it will be under intense pressure to pass this time round, with the results due in the final quarter of this year. Barclays and Standard Chartered missed some thresholds last year.