If you are a person that trade forex live, you are likely to pay close attention to forex trading news. You will be keeping a close eye on the trends and the highs and lows going on in the market. However, to be a good live forex trader, you need to understand that there is a line between logic and emotion which allows you to play the game at its peak. Here, we are going to discuss a few things that will help you in your live trading actions. 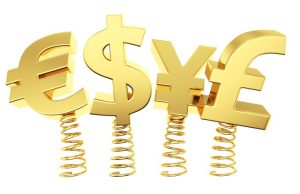 When you talk about a human being, he is less averse to risks when he wins something. At the same time, if he loses the battle, things act as vice versa. While you are going to trade, you should feel the same risk in every deal you make. It should not be more or less. You need to keep a close eye at this because it impacts the way you are going to deal with the things. The way you do trade will be affected if the above thing puts a great impact on your psychology. Thus, you will be unable to perform to your full potential and enter a good setup.

You need to keep in mind that in trade system, there are some situations where you win and some where you lose. When you adopt a trading strategy, it will allow you to win 60% of the time. However, it also means that you are going to lose 40% of the bets that you make. Thus, if you lose, rather than becoming frustrated try to grab it back what you have just lost.

Accept that the risk aversiveness is in our biology and we should understand that we win some and we lose some. It does not mean that we start worrying too much or become too risk-free.

Trade because you love it 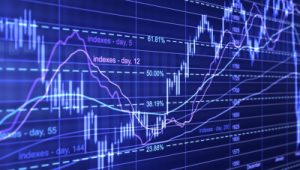 Trading is not just about making money. Many people do it merely because they want to make a few bucks for themselves. Only a few people are out there in the market that are actually interested in doing the trade.

When you think of becoming a trader, you must make it certain that you have an interest in it. The person who is not interested in it is likely to give up after a few bets go against his favor. He will lose the heart and will not have the courage to proceed further with the trade. However, the person who is passionate about it will keep on trying to figure out the ways by which he can get the results in his favor despite facing a loss on several occasions. Moreover, such person will show more patience and will pay attention to developing a strong strategy. On the other hand, the person who is doing it for money is not likely to invest his money again and again. Once he or she loses a few investments in a row, the person is likely to consider other ways of making money. They won’t show this much patience and mostly, they will work on strategies developed by others rather than driving their own.

Understand that it is not always about being right

A successful trade does not mean that you are always right or you have the high winning percentage. There are a lot of people that think the winning trade is everything. They consider themselves smarter and better. They think that they have got the ability to do trade more than most of the other people out there. Ultimately, it becomes an ego concern and winning becomes everything for them.

Keep it in mind that trading is not always about winning. But that, by no means, suggest that you should start losing. It is more about capital preservation and risk management. All that matters is that you mix up the risk management skills with the high possibility trading plan to make the most from your trades.

So, these are a few things that you need to keep in mind while you trade forex live. Do note that while you are doing any such trade, keep a close look at forex trading news. It allows you to see what is happening in the market and let you drive your strategy for the next move.